Underlining the value of recycling and the importance of squeezing the life out of things we consider as trash, an original and super eco-friendly project came to life in Corfu, Greece. 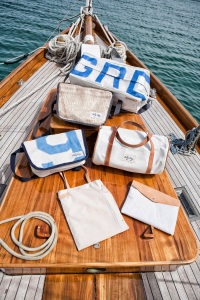 Salty Bag is a concept based on withdrawn sails, life jackets, wetsuits, kites and more, dipped in saltiness and winds. The result is stylish, minimalistic and versatile, hand crafted bags and accessories, embellished with leather. Find more information in saltybag.com. Keep your eyes open for Salty Bag’s upcoming line, created to support the Greek sailors dream team on their road to the Olympic Games of Rio De Janeiro in 2016. 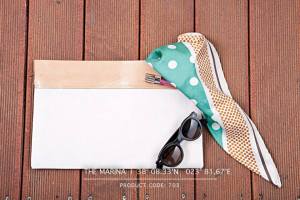 It could be an extract from the Lord of the Rings sequel, but it just the breathtaking short movie/ promotional clip for Guerlain’s flagship perfume Shalimar.

Revoluting the tactics of austerity and misery during financial crisis, Guerlain stigmatizes its total renovation in logo, in Champs Elysee’s boutique and in marketing strategy (beginning by the super successful and awarded campaign of La petite Robe noire), with a mythical production: La Légend De Shalimar.

The colossal project involved settings in India, directory by maestro Bruno Aveillan, clothing by rising star Yiqiyan Yin, acting by the aetheral Willy Cartier in the role of Shah Jahan and the official spokesperson of Guerlain Natalia Vodianova in the role of Princess Mumtaz Mahal. 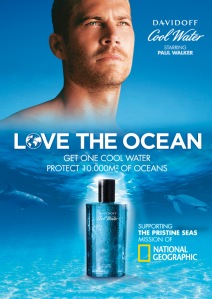 Apart from the scientific expertise, the initiation bases also its power on communication tools that convince leaders to develop large marine reserves in order to preserve these untouched by human intervention marine ecosystems.

Find out more in here.

From Evita Peron to Marylin Monroe and from Indira of Baroda to Audrey Hepburn, all have worn pieces from the historic Italian shoemaker Salvatore Ferragamo. These and some more pairs out of 10000 models are being on display in Palazzo Spini Feroni, Florence, Italy. The palazzo that was bought by Ferragamo in 30’s, now operates as Museo Salvatore Ferragamo. 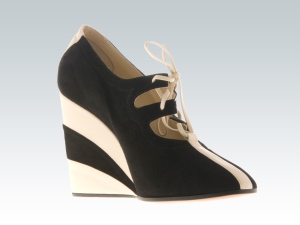 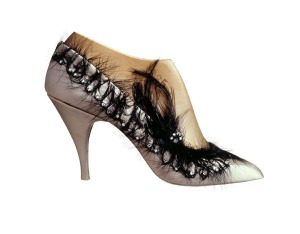 If you wish to know more about the art of shoemaking and the designers and you happen to live or visit Florence, make sure to visit the current exhibition titled “The Amazing Shoemaker: Fairy Tales about shoes and shoemakers.” in Museo Salvatore Ferragamo. Ticket costs 6 Euro (people under 10 and over 65 enter for free) and the proceeds from ticket sales go to scholarships for the new generation of footwear designers. For more info click here.

A QUEEN HISTORY OF FASHION: FROM CLOSET TO CATWALK

Have you ever wondered how sexual revolution has contributed to what you have in your wardrobe? A progressive exhibition called “A Queer History of Fashion: From the Closet to the Catwalk” examines and showcases the relationship between homosexualism and fashion through the spectrum of some of the most important fashion designers from 18th to 21 century.

Fred Dennis, senior curator of costume, and Valerie Steele, director and chief curator of The Museum at FIT, edited and managed the exhibition after 2 years of research, along with scholars, FIT faculty and industry professionals. For more information click here. 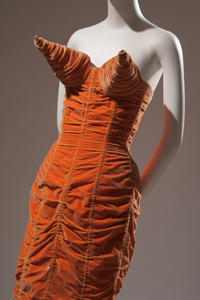 Armors, wires, steel, smothering leather and thick wool; suffering for beauty is written in our genes. The first “plastic surgeries” in history of humanity were definitely not on surgeons’ beds but behind 14th century tailor partitions. 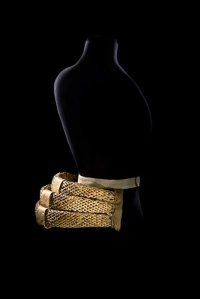 The exhibition “La mécanique des dessous, une histoire indiscrète de la silhouette” aims to snitch the inventions of fashion that literally “adjust” silhouettes to the likings of the client. The exhibits include historical pieces from private and public collections, such as beards, crown paddings, hinges, rings, corsets, crinolines and many, many more, dated14th century up to nowadays.

Palais Galliera in Paris, France celebrates fashion designer Azzedine Alaïa, dedicating him a grand exhibition in Museum of Modern Art- Matisse chambre. Alaïa’s talent in handling the jersey, the wool and specially the leather is portrayed through 70 characteristic ensembles, proving us the value of his studies as sculptor.

The exhibition that honours the Oscar awarded Tunisian designer, opened for public on September 28th  and will have the doors open until January 2014. Tickets cost from 4 to 8 Euro. To find our more click here. 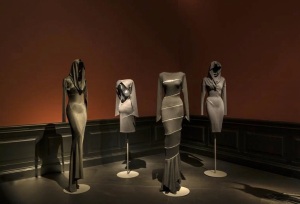 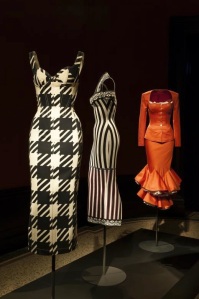